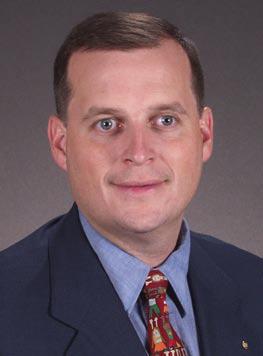 With offices in Sewickley, near Pittsburgh, Nagel & Associates has grown 30-fold in business activity since its inception in 1992.  In addition to his work as a lawyer, Mr. Nagel is known as a visionary and dealmaker providing international business leverage for leading corporations, entrepreneurs and individuals.  He has raised hundreds of millions of dollars in capital and debt for projects all over the world.

Attorney Joel Nagel serves on the boards of 15 client-companies, and is involved with strategic planning initiatives directed toward growth and “best practices” management.

With an investor’s perspective, Mr. Nagel also has helped fund technology ventures.  He has served on the advisory board of the Western Pennsylvania Adventure Capital Fund, which invests in early stage, mostly technology companies in southwestern Pennsylvania, as board president of the Nicaraguan Development Corporation, as an advisory board member of the Oxford Club and Ireland-based Sovereign Society and the Violeta Barrios de Chamorro Foundation in Nicaragua.

Much of Mr. Nagel’s focus is on helping clients select the right jurisdiction for a transaction and the best vehicle to reduce taxation and protect assets, such as joint ventures and other international legal structures.  He has pioneered the licensing of international structures for foreign banks, mutual funds, hedge funds and insurance companies. He created the firm’s Personal Asset Protection Program? and has developed sophisticated international estate plans encompassing trusts, foundations, corporations, LLCs, partnerships and insurance products.

Mr. Joel Nagel has been quoted in U.S. News & World Report on the benefits of retiring abroad, and has been featured in the Pittsburgh Post-Gazette, Pittsburgh Tribune-Review and Pittsburgh Business Times. He has authored articles for International Living, Live and Invest Overseas, The Simon Letter, The Oxford Club, Island Properties and Hemispheres and has lectured at conferences and seminars of the Central American International Investment Symposium, Live and Invest Overseas, International Living, Asset strategies, The Oxford Club, The Sovereign Society, The Hermitage Forum and The Money Expo.  Mr. Nagel also hosts a weekly radio program, The Global Legal Advisor, which can be heard on the Overseas Radio Network.

A Career Spanning Over 20 Years

In 2001-2002, Nr. Nagel was President of the Rotary Club of Pittsburgh. During his tenure, the club launched the widely publicized, first annual “Ducky Derby” to raise funds for charity.  He also helped solicit donations and land for the Roberto Clemente Health Clinic in LaReforma, Nicaragua, to serve thousands of underprivileged citizens.

Earlier in his career, Mr. Nagel was an attorney with Buchanan Ingersoll, one of the nation’s largest law firms.  Previously, he served in the Office of the Chief Counsel for International Commerce of the U.S. Department of Commerce. He also completed a clerkship at the Commission of the European Communities in Brussels, Directorate-General’s Office for Competition.  Attorney Joel Nagel is a former Fulbright Scholar and studied law in Europe. He speaks fluent German.

Mr. Nagel resides in Sewickley, Pennsylvania with his wife of over twenty-five years Dr. Susan E. Nagel and their seven children.